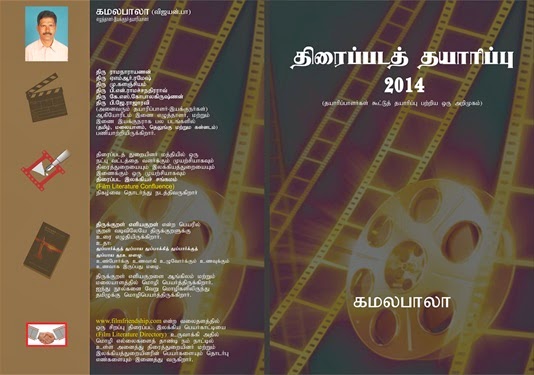 Everyone likes to watch films. Most of them know about film industry. All want to know about film people to adore artistes, appreciate creators and enjoy gossips.
Some of them want to make films and enter the industry as actors, technicians or creators. A few among them only know really about film making. And a very few only know the practical problems of film making and marketing.
Many pioneers in the industry made innovative attempts to bring the status of the film making up to the nest level in their own ways. And here is an attempt in that series: that is Producers Group Production.
This is an attempt to make the film production more professional and profitable. This film will be a total entertainer with artistic quality and commercial value.
This will be an alternate business investment and a service to the film industry. So, it will give not only profit, but also satisfaction.
This venture will create and bring up many producers with creative power and literary knowledge in our industry. This project will be a platform for the experienced producers to share their experience to the new generation and for the new producers to learn the basics of film production.
If you would like
to know about film making..
to produce good and hit films…
to achieve something in film field… or
to be a part of a good experimental attempt…
You can join this Producers Group Production.
All the details about this project are already written as a book and ready to publish. But I want to share these details with all my friends before publishing the hard copies (At least before print the nest edition). So I am going to publish the chapters online now as posts in this blog.
I request all the film lovers who would like to know about film making and who would like to be part of film making to go through these chapters. I hope this will be useful to you all.


I request you to give your suggestions to correct, add or change the contents before send it to print.
Posted by Film Literature confluence at 09:35