Many critics and writers are writing articles related to films, especially film reviews. Now I also want to write something about films.  But I want to write something different from the usual line. At the same time I know that most of the readers like to know the news and reviews of new films.
So, I would like to write articles, more than usual review, but not like criticism, about both old and new films. And I want to use my language knowledge in this attempt. I can see, enjoy and write about films in six languages: Malayalam, Tamil, Telugu, Kannada, Hindi and English.
For the time being, I want to write the articles in English and translate to Tamil as the first step. The friends in other languages can translate the articles using  any translating software from the net.
I want to write articles about a few selected films in these languages. I fixed some rules on me to select the films in this regard. I am an ordinary film fan (not a fan of any artiste) and not a professional critic. So, I will select a few films that touched my mind. That may include some films got awards, some got appreciation of ‘intelligent’, some received well by the audience and some films which I liked even when others didn’t liked.


I want to write about new films and old films (Favorite films). I hope these notes may useful for one who just wants to know about those films.
Posted by Film Literature confluence at 13:55 No comments:

A Way to win in cinema- U turn 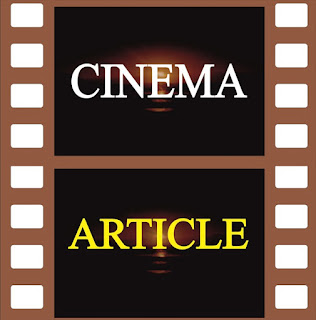 Some of my close friends suggest me postpone writing this 'A Way to Win in cinema' as it has to be taught only to interested persons came directly, and not to be wasted by writing like this without any demand from anyone. And they suggest to write my views about new films and notes about my favourite films as that may useful to the readers.
I understand the truth behind their suggestions and accepted them. So, I am postponing 'A Way to Win in cinema' for the time being and planning to write about my favourite films in all the languages I know. As a good start, I am planning to write about selected Malayalam films from now onwards
Posted by Film Literature confluence at 09:00 No comments:

Before entering the subject I would like to tell something about me. I think it is needed here.
I was born in Tamilnadu and brought up in Kerala. From the childhood itself I was very much interested in films. I have to thank my father mainly for this. He used to go to the weekly market in our village every Thursday. All who seeing films in theatre will understand the importance of Thursdays.
Usually new films will be started to show in theatres from Friday. New releases will be shown in town and city theatres. And in the last century, many films ran for many weeks in those theatres. But in the villages, the films will be changed every week. We were lived in a small village near by the border of Tamilnadu and Kerala.
There is a little bigger village, three kilometres away from our village. There is a theatre. New films will be shown there from Friday. But usually it will run only up to Monday only. And from Tuesday and to Thursday old films will be shown.  If a film runs for a full week in that theatre, it will be a super hit film, that run hundred days in towns and cities. Anyhow only good films will be shown in village theatres every Thursday.
My father told me about this strategy. And after completing the purchase from the weekly market every Thursday, he used to go to the theatre. And he used to bring me also to see the films. He taught me the story telling and other aspects of films.
We were in Palakkad district in Kerala, sharing border with Coimbatore in Tamilnadu. Usually Tamil and Malayalam films will be shown from Friday in ‘our’ theatre. And old Tamil films, popular English and Hindi films of that time will be shown from Tuesday. So, I got chance to all the four language films from the childhood itself.
After I joined in the college, I started to see films in Palakkad town. this town has an unique character related to the films. The new films from the four languages will be released in the theatres here. In eighties, I take a survey for myself and found that a film running in Palakkad is usual. If one film runs for second week, it is hundred days film in Chennai.
If a film runs for twenty five days, it will be a silver jubilee film in Chennai (Twenty five weeks). In Palakkad twenty five days were silver jubilee. You can see the shields given for many silver jubilees like that, in the popular theatres still now.
I used to see all the released films in Palakkad. My father allowed to see them, provided I studied well. I was a good student at that time, so I had no objections from my father. Thus I saw most of the films in the eighties and the beginning of nineties. Of course it was the golden period of films, especially southern films!
I saw all the films starting from art films made by directors like Aravindan, Bharathan, Balachandar, Rai, Ghatak etc to the mass films directed by IV Sasi, Hariharan, Fazil, SP Muthuraman, P.Vasu, Manirathnam, Dasari, Subhash Gai etc.
I am a hardcore fan of cinema, even it is either a commercial film of KS Gopalakrishnan or art film of Adoor Gopalakrishnan. And I have a ability to write stories. But I didn’t know anything about the industry practically. So, Initially I came to Chennai and tried to get chance to become a writer-director directly. I met some film personalities and I got a writer chance also. It make me think that getting chance in films is an easy task. So, I returned to village taking a decision to return to Chennai as a producer soon.
As usual for any common man, my life also had twists and turns and I couldn’t earn money as I thought. And cinema is the main reason for all falls. So, I quit my works in the village and returned to Chennai on 1st January 1996. This time with a concrete decision to stay in the industry until got the success. I want to concentrate on Tamil films And this time came to Chennai with wife and children. (In the meantime that only happened in correct time in my life).
I got chance to work as an assistant director in a tv serial and then in a film. Then got promotions step by step to associate director, writer, co-director etc. Meanwhile I worked in Malayalam, Tamil, Telugu and Kannada films. But most of the time I spent in writing many subjects and earning for family. For that also I worked in the industry, as a translator, censor script writer etc. So, I couldn’t get chance to direct film till date.
Meantime I started Film Literature Confluence (Details in the parallel posts about the confluences). Now I started to produce and direct my debut film.


I want to tell whatever I learned from my experience through these years to my followers.   Really not to one who just live in cine field or like to win in cinema, but to one who love cinema and ready to anything, experiment and hard work to prove himself. I hope this articles will be useful for them to find the right way.
Posted by Film Literature confluence at 09:23 No comments:

To Film Actors, Creators and all...

Send your details to post here. Please note your Name, Address, Contact number (open to public), Email, details of works done in this field so far, other notes along with three photos to filmfriendshipcentre@gmail. If you have any doubt, call me on 09445376497/09380936181 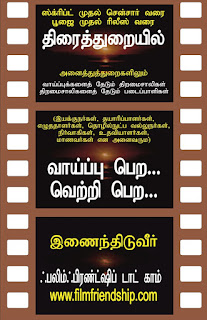 Posted by Film Literature confluence at 07:40 No comments:

Posted by Film Literature confluence at 08:57 No comments:

First of all we may put the matters to discuss on a list. Otherwise it will be attempt like taking a film without screenplay and planning. We will be confused without knowing what to say, what not to say in the beginning, and everything will become "Lag".
At this moment, as the first step, I am writing things in short. (Like an on line order of a film), then everything will be written in detail (like the sample script).

Preface
Actually I selected this title only to introduce my Film Literature Confluence and attract all towards. But the title attracted me and make me to write more. I had only a little experience in the film field. Still, I hope it will be useful to many who like to win in the field, if I write something based on my experience.
To win in cinema (here I refer the cine field), we should know the cinema first. We should know the basics of cinema. There are many reasons to make cinema to attract many people. We should understand them even a little.
Cinema is not an art. It is a combination of many arts. It consists of the arts that viewed, the arts that heard, the arts that felt and everything perceived by the mind.
To enjoy a painting, there is no need to know about the painter. If you know about him, it will make involvement on that painting. No need to know about the mixer of colours. Knowing about the shapes is enough. It will cools the eyes. No need to understand the drawing techniques. If know, you can apprecialte deeply.
Cinema also like that. To enjoy a cinema, no need to know about the creator. If know, you will feel an involvement. And if you know the film techniques, you can enjoy it deeply.
To win in cine field, first you must understand these things. It is necessary to learn more. But it is the next step. We can see them later. For the time being we can try to understand them.
Posted by Film Literature confluence at 10:57 No comments: 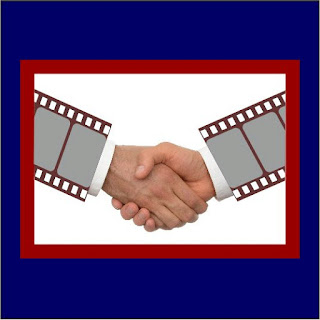 For the last two days once again go through the experiments with the design of this site. Changed the names of pages and labels. Hope I got what i expected. So, I will post articles and addresses of friends regularly. I am going to post the details of some big film personalities as sample and to invite new friends through that. T
The friends circle here, will be more than a film directory, more than a exchange. So, I request all the friends (experienced and new comers) of film and literature field to send your details to filmfriendshipcentre@gmail.com as I can post here.
Posted by Film Literature confluence at 06:52 No comments: 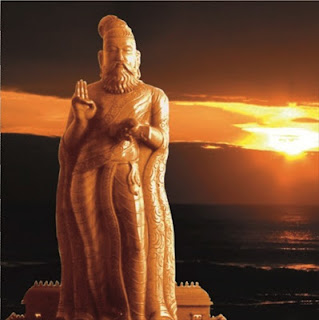 Posted by Film Literature confluence at 09:02 No comments: 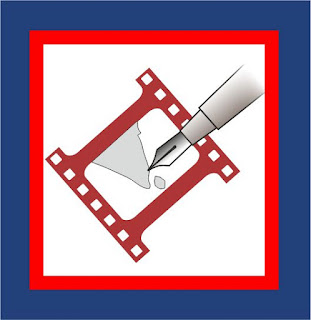 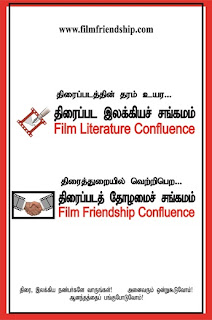 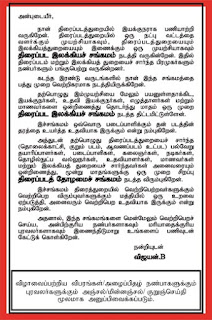 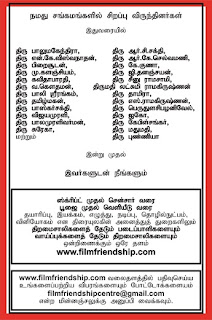 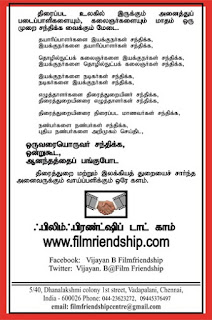 Posted by Film Literature confluence at 15:20 No comments:

Posted by Film Literature confluence at 15:09 No comments:

Posted by Film Literature confluence at 10:57 No comments: