Really planned to start the projects in a grand manner. But postponed it because of the demise of Kalaignar. Then postponed again seeing the flood in Kerala.
So started the works silently as planned to conduct the inauguration later.
Now the works to enroll students, student producers, Co-producers and Patrons for our Special Project -1 started.

In anybody really interested in films can approach to join the project.
Fix an appointment for half an hour to explain the details..
(In our office or at your convenience) 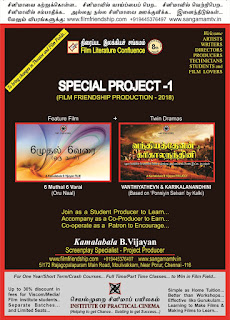 Posted by Film Literature confluence at 10:09 No comments: 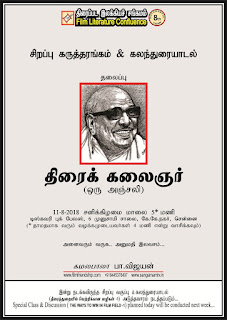 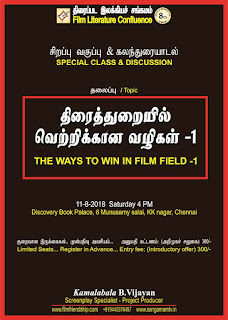 Topic: The Ways to Win in Film Field -1

Posted by Film Literature confluence at 08:04 No comments: