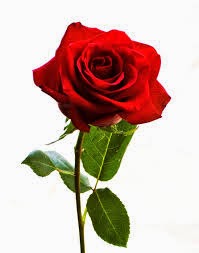 I am one among the lakhs of youth came to Chennai with the dream of a success in the film industry. Basically I am a writer. Sreenplay writing is my favourite. Still I decided to become a director and started to travel in that route, because I understand the status of writers in Tamil film world.
I had worked as assistant and then associate in screen writing and direction with many directors in Tamil, Malayalam, Telugu and Kannada languages. In the meantime sincerely worked as writer of censor script and as an assistant ot production managers.
So I leraned to write screenplays, read and speak the four southern languages, English and Hindi. And learned the works of a producer along with the works of a director. All the directors whom I worked as an associate are producers cum directors. That help and encourage me in this matter.
This experience only brings an idea in my mind to produce and direct my debut film. That thought itself barred my mind from approaching other producers for chance or to work hard to reach them. Sometimes I thought that I should tell a story to other producers and sek direction chance, because of circumstances. But didn’t try heartfully. Some questions rised in my mind and the answers I got for them only make me like that. The result of questions and answers is this ‘Producers Group Production’.
I want to tell the producers all that I learned, search and found, want to implement. But I had a doubt that whether I could tell what I thought in mind fully as they can understand or can I tell fully everytime I told. So I decided to write the main things in short. Really I can write books on each topic noted in this. Still I think it is better to write all in short for the time being. This book is the result of that thought.
I didn’t access my ability till date. I can read, write and speak Malayalam, Tamil, Telugu, Kannada, Hindi and English. I can make a screenplay from a story in rocket speed. I am confident that I will be one among the top ten screen writers in India.
Still I didn’t tried to become a screen writer. That is my weakness. I think it is better to become a fulltime writer only after became a director. This is the only reason for my weakness.
Now there is no doubt that I will win as writer, director and producer through this project and I will work in this three routes continuously.
I need your wishes and friendship for that. That is the help I request from you.
I herevy request you to accept this book as an application to join this Producers Group Production, to serve the film field as you can, to get a success for yourself also.
I hope this book will be useful for you
To know about film production…
To produce good and hit films…
To achieve something in film field… or


To be a part of an experimental attempt.
Posted by Film Literature confluence at 21:15