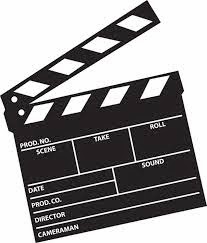 When Thomas Alva Edison invent film technique, Lumiere borthers invent the technique of film projection following that, screen a film in front of others for the first time, and started to collect money from the viewers, the cinema became commercial on that day itself.
A few people taking short films for their own satisfaction. The films taken with their own money like that may not be aimed at business.
A few taking some documentaries like this. These are also not commercial films. It is true that producers of a few documentaries and short films are screening the films through many institutions and associations and erning money. But, it cannot be taken as a general rule.
Sometimes the government or social service institutions will produce and release documentaries or short films to tell or propogate any message to the public.
Some institutions used to take films and bring to the public directly or through the medias. These also can’t be treated as ‘Films’. Usually feature films are only referred as ‘films’
All the films are produced only for the public to pay the tickets and watch. So, all these are commercial films.
Some persons split the films in two catogaries ie., art films and commercial films. In their view point art films are clean films with artistic value nad commercial films are entertainers with all mass ingredients.
But, really both of them are art films! and commercial films too!
The art films as they said, not produced by anyone only for satisfaction. These are also made to sell for money. If there is no crowd for purchasing tickets from theatres, the public came to buy passes for the film festivals. That only make them success.
The entertainer mass films have art and literature in them. May be the quality of them different. Because they were done with some compromises to attract more public.
In short, both of them are hotel food. One is Curd rice, other is Biriyani. The vegetarians will like to eat Curd rice. Non vegetarians will like Biriyani. Some persons eat both. When talking about food, especially when criticizing, may compare Hyderabadi Biriyani to Malabar Biriyani, but should nt compare Biryani and Curd rice. It is not fair to criticize that one is good or other is bad.
All the commercial films are produced in same manner. The quality of each one will differ according to the writer, director and producer.
Whether one is small budget film or hig budget film will be decided based on the making according to its content. Even the film is too big in budget or too small, all the films are commercial films.

Posted by Film Literature confluence at 10:13