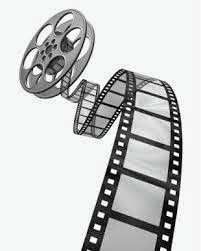 These enlight the thoughts of men more. So many many new arts and literary creations born. They develop the ability of men to imagine more. It is not an exaggeration that many scientific inventions are also made on the basis of arts and literature.
The imaginations and thoughts of man gives many new dreams. That dreams become tools for many experimental efforts. That efferts give way for many inventions.
Some experiments gone successfully on the way in which the experiments are done. Some experiments give way for many unexpected inventions.
Many new thoughts! new inventions!
These made many branches for science and technology.
When the science and technology developed, many new instruments invented, arts and literature use that instruments for their growth and reach many new heights.
They start as cave arts, street plays, palm leaf writing and grew as sculpture arts, stage plays, printed books etc.
All these are made for the entertainment of human being. Still a few scholars used them as instruments to tell their ideas to the public in simple manner. When they use them with new messages beautifully, they become more useful. Masterpieces and classics are starts to exist.
When their beauty and content made more bold, they become epics. These master pieces, classics and epics gives not only mere entertainment but also give way for the development of manhood.
Street and stage plays are the extension of these classics. Some plays are here to be noted that they were used for many social revolutions too.
There is a reason for that. These plays give a stage to convey the thoughts directly from a man to another one. The scholars understand that the dialogues, acting, background also had a big role in this. So, they used them more brilliantly. They unite the literary play with the arts like dances to make a better visual media.
Plays developed throughout the world rapidly. Even in the name entertainment itlself, they made an impact on the social politics also. Understanding this, the scholars start to use the science and techonology to improvise the dramas.
In the meantime the technology to record the light had been invented. Camera and cinematography had been start to brought up.
In the beginning, man start to record a few tiny drawings and natural beauty. Then start to record the movements of men. And taste the success in it. So start to record the dramas.
‘Cinema’ started to develop.
Start to perform plays only to record the classics and epics. The public show interest to watch that films. They start to feel a new happiness to the films more than watching a stage play.
‘Cinema’ become a part of human life.
Following the epics other writings also started to filming. A man always like novelty, so he need seeing something more than the classics.
Start to wirte special play to make films. By starting to write, using many new techniques for films, give preference to visuals more than the dialouges, the literature branch ‘Screenplay’ start to deveolop.
Cinema grew and spread up like documentaries, short films and feature films.
The public start to go forward to see the films paying ‘money’ for it. So the pioneers of films made cinema a ‘wonder’ business and start to earn. Seeing this, many came forward to this field.
‘Cinema’ become a commercial market. This field become a business which earn more many than any art or literature.
In the later years, the feature films overtake the short films and documentaries. In short,  the word ‘film’ itself started to refer only for commercial feature films.
The television, that invented as an extension of cinema is brought up as a child of cinema.

Posted by Film Literature confluence at 09:41