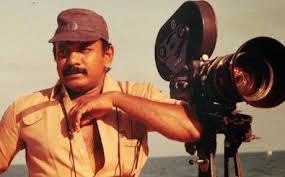 When the cinema started as a small business and reached ore public in short time, all in the world started to enjoy films by paying cash, the volume of cinema business started to grow.  Many things changed in the style of producucing films also according to that.
Hardwork of many artistes and technicians needed for producing even a single film. To consolidate all these people in one place, shooting complexes and studios started to flourish. Capitals for film industry were started to form in the state capitals for each country and for each language.
Mnay studios founded in those capitals for the assistance of production and other technical aids. Producers became studio owners. The artistes, technology and all were under the control of the producers. With these facilities, films are continuously produced, distributed to the theatres and released.
In due course, production companies apart from studios also were formed. Creators, artists, technicians started to get names better than the films.
The number of films produced by the production companies became more than the films produced by the studios and started grow more. The process of using the shooting floors and other facilities in the permanent studios on rental basis to make films became popular.
Appointing artistes on monthly basis was replaced by fixing them on contract basis for film by film. So, many brilliant artistes gor chance to work in many more films. Film industry developed rapidly.
As the cinema became a huge business, production, distribution, releasing and all were under the control of a few popular personalities. Still today it is in the same manner.
In this time, the new talented artists and producers came to achieve in the film field, started to make films with low budget and without the help of these studios and big stars. And they show their talent to the world. These films made independently were started to call as independent films.
In Hollywood, the films like these are called as ‘Indies’. There are special festivals and markets for these films. Many independent films were made often in our country. And the process is going on today also.
Among that films, many became hits and the artistes and directors worked in those films became very popular. Really, these films only brought many acheivers in the film industry and bringing up today also.

Posted by Film Literature confluence at 06:19