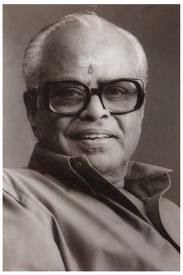 As said above, when the writer unite the arts like acting, cenematogrphy, music etc. in cinema, and  technology like editing and sound recording etc., the director visualize them successfully, the producer bring it to the public.
The writer, the director and the producer are the soul, movement and body of cinema. Even if there is soul and movement,  but no body, nobody can see it. If there is soul and body, but no movement, nodody can enjoy. If there is body and movement, but not soul, there is no use. The importance of writer, director and producer is also like this. If ano one among them lacks, the film will be a flop by all means.
As usual in the world, the producers are worked as directors in the beginning. They were the studio owners. All others were under the control of them.
As time passed, producers, directors and screen writers start to excel in their own works. At the same time, they cooperate with one another. That was the golden period of cinema.
In the later years, stars became popular these three, these persons start to make films based on the stars. So the power of actors dominates others in the film industry. Still a few producers got respect as they deserved.
Then a thought rised that the directors are the back bone of films. And some directors prove their talent and achieve many records. So the domination of directors rised in the field.
The writers, who are the soul of the film found vanished under the power of directors. (A few fields like Malayalam are only exemptions)
Now, for the last twenty years, the domination of actors rised again and stand still today.
Here get no respect for the writers who gave soul and the producers who are the body of films. Only because of that, every youth came to the capitals of the industry after their studies or before itself, want to be a actor or director. A few can’t do it. So they turned towards the any technology  and try to succeed in that way.
Currently in Tamil film field, writer became only a dialogue writer.When the producers made the directors the captian of the films; some stars use that situation for their selfishness. As they give chance to the new directors, that  directors have to work as the stars told. It is happening till today. This is the main reason to destroy the respect I the field.
Nobody came to become a screen writer of producer or to make some good films. This is the curse of the film world. There is only one reason for that. That is, there is no respect for the writing, direction and production. When the writer, director and producer will get the prime respect, that will be the folden period of cinema.

Posted by Film Literature confluence at 10:41