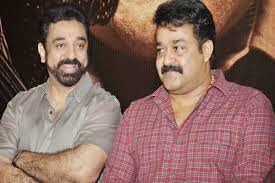 There are rumours doing the rounds in the industry that Kamal Haasan is keen on remaking Achchamundu! Achchamundu! director Arun Vaidyanathan's ongoing Malayalam film, Peruchazhi. The film, said to be a political satire, has Mohanlal playing a politician. 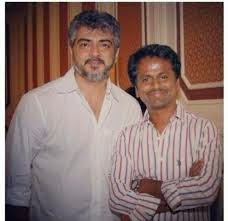 There has been a log of speculations about Ajith's next, which is said to be with director AR Murugadoss. Rumours did the rounds that the duo might be coming together for a project. Now, it looks like a film is indeed in the offing. 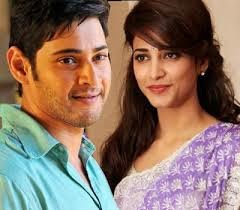 Shruti Haasan is on a roll these days. After scoring a hit earlier this year with Race Gurram, the actress is now all set to team up with Mahesh Babu, albeit for a special dance number in the latter's upcoming film, Aagadu. Shruti was reportedly approached by the makers of the film a few days ago and she took some time to make up her mind, since it's the first time in her career that she'll be appearing in a special song.
The song is going to be shot on Mahesh Babu and Shruti Haasan later this month in Mumbai. 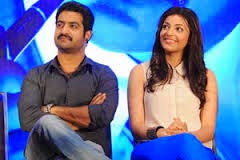 Kajal Aggarwal has bagged yet another biggie in Telugu. The actress will play NTR Jr's romantic interest in his next film, directed by Puri Jagannadh. Confirming the news, Puri Jagannadh said, "Yes, it's true. We have signed Kajal as the lead actress in our film."
Vakkantham Vamsi has written the script and the film will go on floors soon. 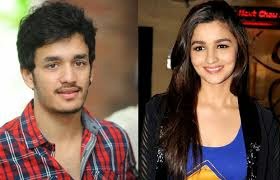 Post his cameo in Manam, all the Akkineni fans are waiting with bated breath to see when Akhil would make his debut as a lead. Menahwhile buzz is that Alia Bhatt, the latest sensation in B-Town with back-to-back, might be cast opposite the handsome actor. Rumors are doing rounds that Alia may soon make her Tollywood debut soon. However, nothing has been finalized yet 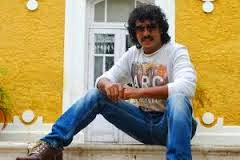 It now seems more and more commonplace for Sandalwood stars to croon for films of other actors. Real Star Upendra has probably sung the most number of songs for movies in which he hasn't starred in. The actor-director-writer is indulging the singer in him again by singing for the upcoming Sharan-starrer Sri Jayalalitha.

Kiruthiga Udhayanidhi made a successful debut as director with Vanakkam Chennai. Now, we are hearing news that Dhanush will be producing Kiruthiga’s next directorial venture for his production company Wunderbar Films.  The buzz is that music director Anirudh who composed music for Vanakkam Chennai will be the composer for this movie as well. Looks like this movie will be a multi-starrer and talks are on to sign Vijay Sethupathy in one of the important roles. 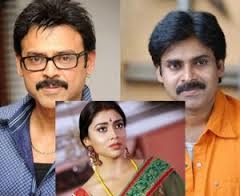 Shriya Saran will now be seen in a film which has Venkatesh and Pawan Kalyan in the lead. Sources inform us that Shriya has been paired with Venkatesh in the Telugu remake of OMG — Oh My God!. In this remake we will see Pawan Kalyan as Lord Krishna and Venkatesh as an antique dealer who files a lawsuit against God.

Stunt coordinator Lee Whittaker, who has been a part of some of Hollywood’s biggest films, has lately been involved in a few of Tamil Cinema’s biggest films too, including Vishwaroopam and Arrambam. The choreographer has now signed up for Superstar Rajinikanth’s Lingaa and has already started shooting some intense action sequences for the film. Another exciting news is that, Lingaa’s cinematographer, Rathnavelu has been using Phantom Flex 4K high speed camera for shooting the sequence and Stereovision has extended their assistance to the cinematographer in using the new technology. It is reported that Lingaa is the first film in the country to exploit this particular technology.  So expect hi-speed action sequences in the film along with the uncomparable Rajini effect. 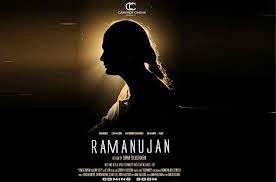 Tamil-English biopic "Ramanujan", about the mathematics wizard Srinivasa Ramanujan, happens to be the first film in the language to be shot at the University of Cambridge. The film's crew was floored by the respect they received there. "We shot at Cambridge for about two weeks. When the management came to know that we were making a film on Ramanujan, they were very helpful and we felt so touched by their hospitality," film's director Gnana Rajasekaran told.
"We shot in Ramanujan's room, in the library, canteen and everywhere he sat in the campus. Overall, it was a wonderful experience and most of the foreign actors showed lot of interest in the film as it was about Ramanujan," he added.

Allu Arjun to do a cameo in 'Rudhramadevi' 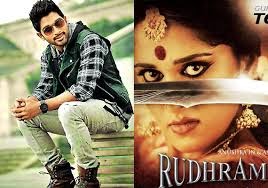 Directed by Gunasekhar, actress Anushka Shetty is essaying the role of Rudhramadevi in the film, which is slated to release in 2015. The film, which is also produced by Gunasekhar, features an ensemble cast of Rana Daggubati, Krishnam Raju, Prakash Raj, Baba Sehegal, Aditya Menon, Nithya Menen, Aditi Chengappa, Catherine Tresa and Hamsa Nandini in important roles.
Posted by Film Literature confluence at 20:44