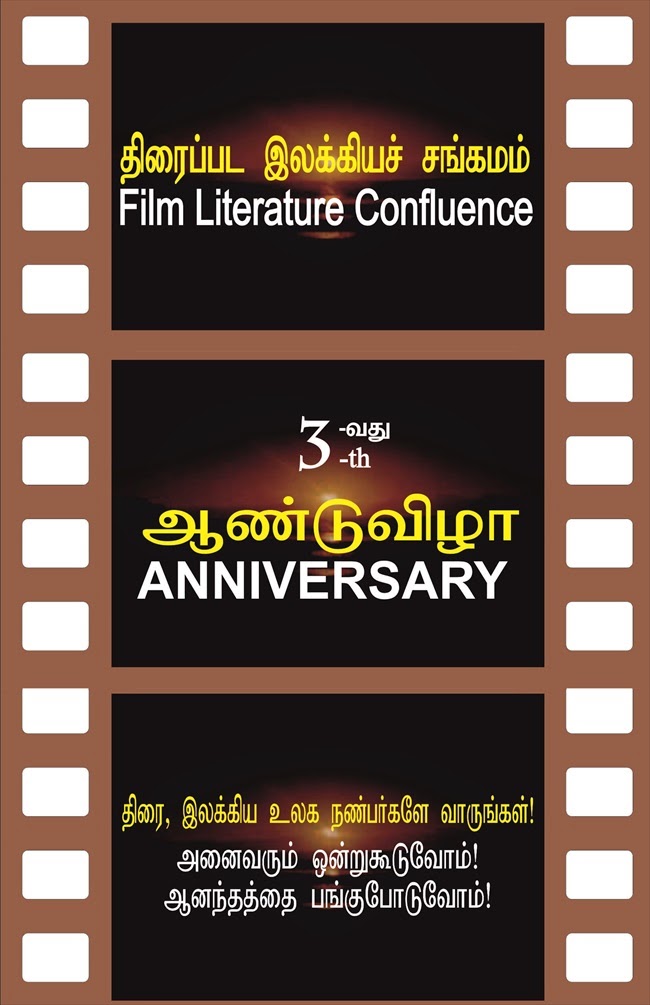 I have been conducting this Film Literature Confluence successfully for the past three years continuously with the aim of making a friendship circle amongst the Film Fraternity and also uniting the Film and Literary fields together.
In the confluences, we have been discussing not only about the special, popular and award winning films, but also about good commercial hit films and literary works. We have been discussing not only about quality and literature, but also about the technology, marketing and advertising of the films.
Now, to make this attempt more useful,  the process is going on to unite the names and contact numbers of all producers, creators, artistes, technicians and students from the film field  and  all writers from the literature field across the country, crossing the language barriers, in a special Film Literature Directory.
I have been launched a website ‘www.filmfriendship.com’   for that, and I have been adding the names and phone numbers of everyone in the film field and literary field in it. And I am planning to publish this as a book also. This Directory (website and book) will be very useful for everyone in the film field to know one another and to reach one and all.
The third anniversary of this confluence will be conducted on July 2014. I want to conduct the anniversary as a platform to unite everyone belongs to the fields of Film and Literature. 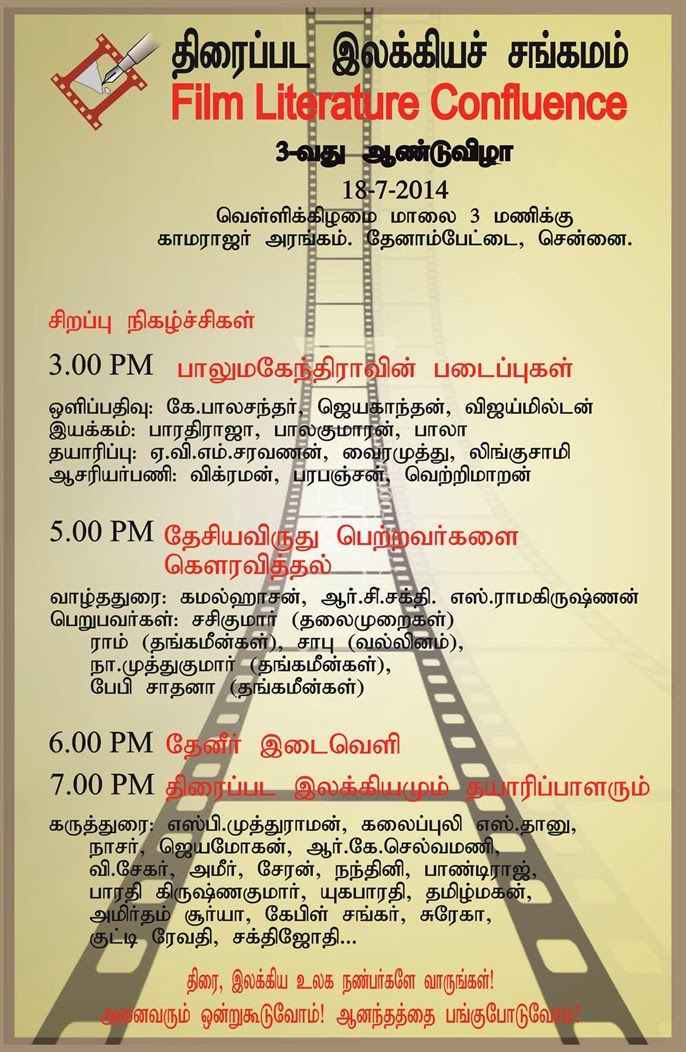 (This is a sample. Your suggestions are invited to improvise the plan)
I would like to print an invitation like this and conduct the function in a grand manner. I had been doing all works to make the personalities participate in the function as mentioned above.
Sometimes, the personalities may be changed. The date and venue of the function may be changed. But, the programmed fixture and the combination of personalities from film and literary world will not be changed. This meet will surely become a milestone in the attempts to unite the film and literary fields together.
The success of this event will make way for the success of the next confluences, by uniting the writers and creators of other languages also on a single stage. And that is the main aim of the confluence.
Hence your help and co-operation are hereby solicited as loving friends, patrons and sponsors to make the directory and the anniversary a great success.
Yours' Sincerely

This is an attempt to make a friendship circle amongst the Film Fraternity and to unite both the Film and Literary fields together.

The Guest of Honour of our confluences
so far...


These personalities and YOU

To contact me please call: 09445376497 or mail to filmfriendship@gmail.com
Posted by Film Literature confluence at 14:58